Kosher Sholom Concord Wine is Back

St. Julian has partnered with Rabbi Jason Miller and Kosher Michigan to resume the production of Sholom Concord wine.

First introduced in the mid-1940s, Sholom, a deliciously sweet wine made from 100% Michigan Concord grapes, has been a popular offering from the Michigan winery. It ceased production in 2020 due to the loss of the winery’s longtime friend and rabbi. In order for a wine to be deemed kosher, the wine must be made under supervision of a rabbi, include only kosher ingredients and must be processed using equipment rabbinically certified to make kosher wines. The kosher certification allows many different communities to enjoy its fresh grape flavors and aromas.

“Kosher certification is something that we take very seriously. We want to be respectful of different communities and know that we are providing a legitimate option for those looking for kosher qualification,” explains Apollo Braganini II, President at St. Julian Winery.

Rabbi Miller visited St. Julian Winery this past summer. After meeting the team and touring the location, he agreed to a partnership with the winery to assist in the production of Sholom. 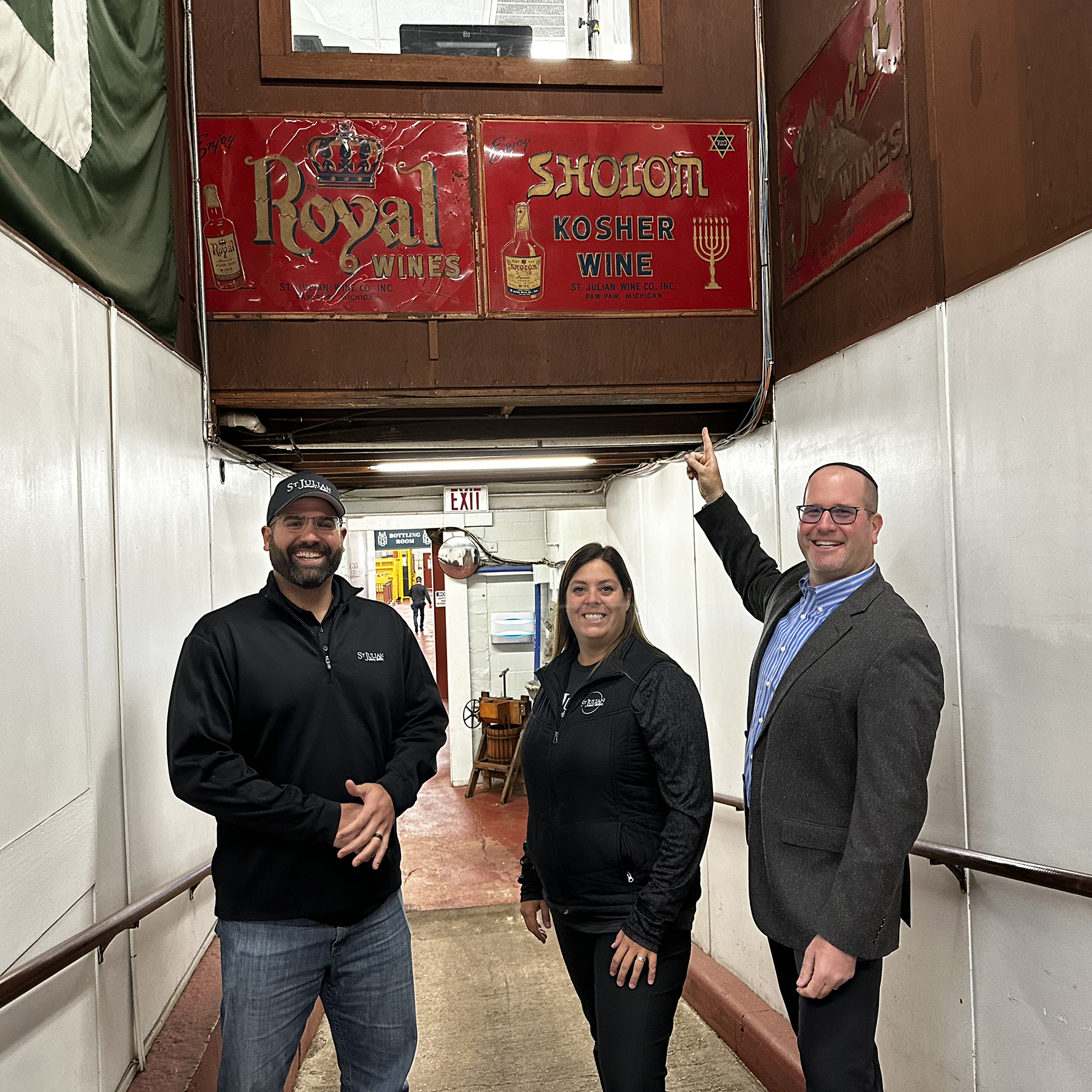 “Over the past few years, many people – including a local Michigan rabbi – reached out to me about Sholom wine, telling me that they love the product but that it wasn’t available anymore. I reached out to the team at St. Julian and they also said they’ve heard from many fans of Sholom who miss it and want it back. We began discussing whether it would be possible for me to certify the wine as kosher.”

“After a visit to the winery and more in-depth discussions, it began to seem like a reality that Sholom wine would be in production again. Kosher Michigan is following the exact same kosher supervision process as the rabbis who previously certified Sholom wine for many decades, so there should be no concern that the highest kosher standards are being followed.”

“While this is the first wine that KM has certified in its fifteen years of existence, it just feels like this is the right one to start with. There’s such a rich history with Sholom, a huge following, and a local Michigan connection” explains Rabbi Miller. 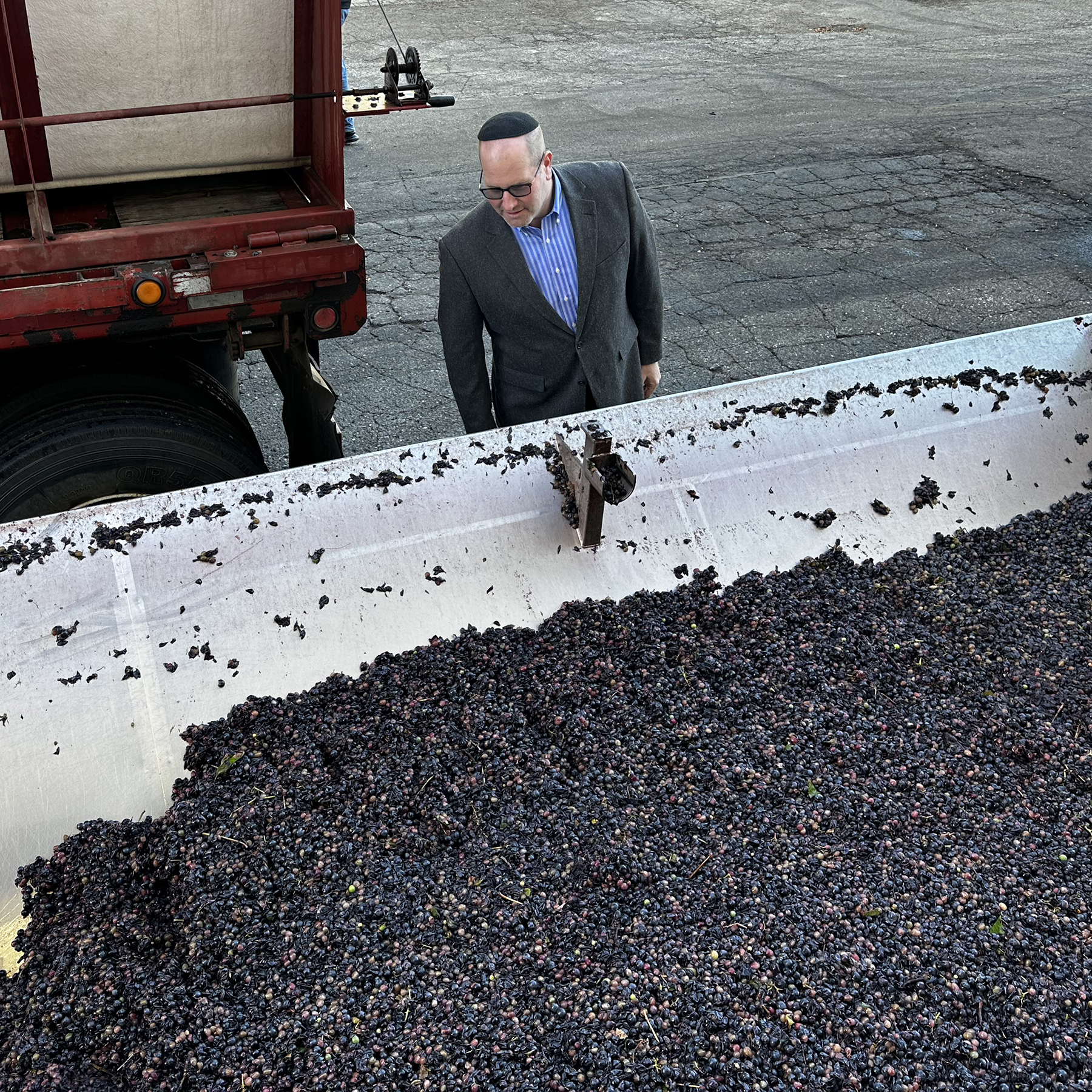 Kosher Michigan is a kosher certification agency founded by Rabbi Miller. KM certifies thousands of products throughout North America and India. Rabbi Miller is from Metro Detroit, Michigan and has served on several local and national boards. He is also an alum of the Rabbis Without Borders fellowship through the National Jewish Center for Learning and Leadership, among many other accolades.

Sholom can be found at St. Julian’s online store, their 6 tasting rooms, and at select retail partners. 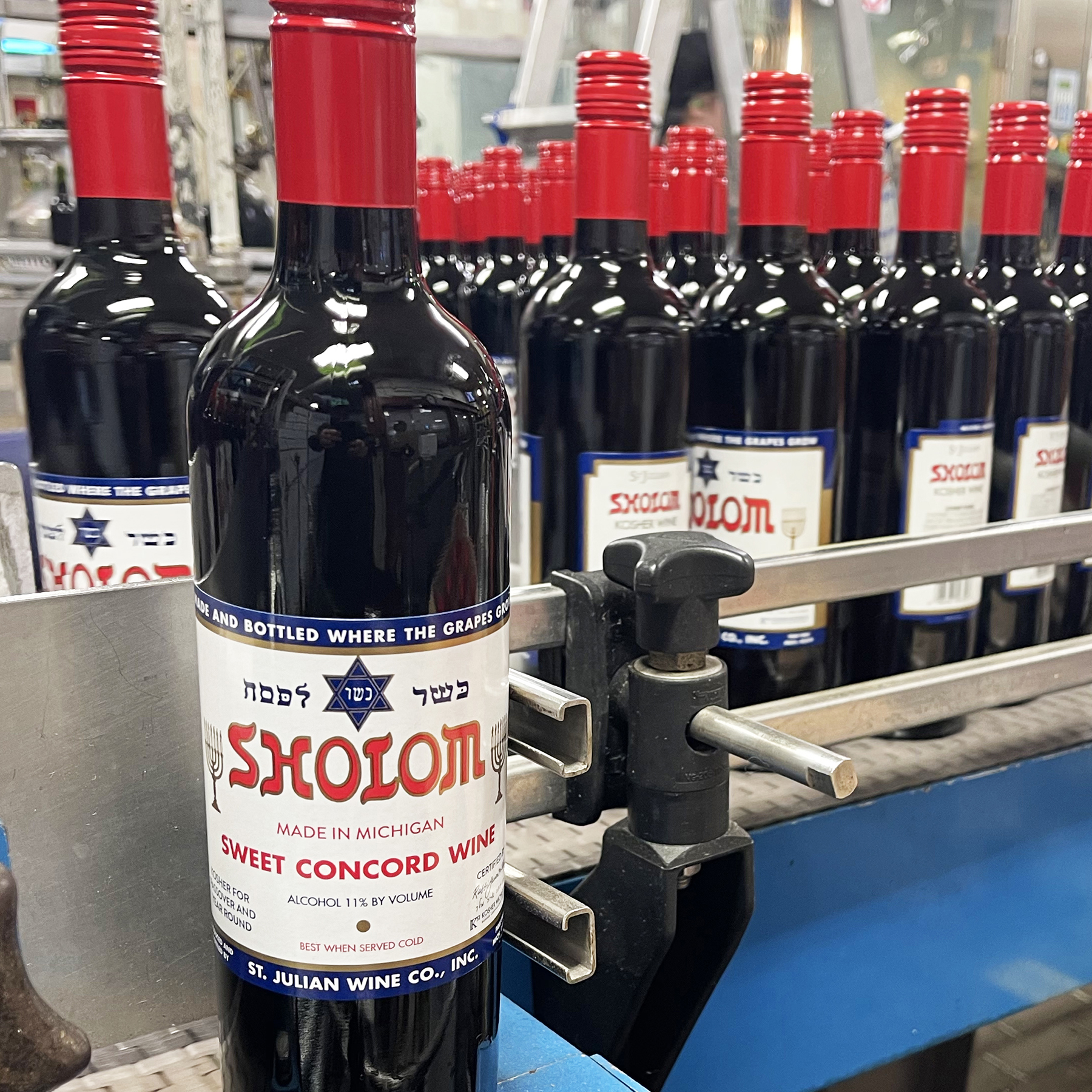 St. Julian is Michigan’s largest and longest-operating winery and has been family-owned since its founding in 1921. In addition to the winery in downtown Paw Paw where they produce hundreds of award-winning wines, sparkling juices, spirits and hard cider, St. Julian also offers tasting rooms in Dundee, Frankenmuth, Rockford, Troy and Union Pier and distributes to thousands of retail partners throughout the midwest.

Kosher Michigan was founded in 2008 by Rabbi Jason Miller with the express mission of increasing the number of kosher options in the community. Today, KM is the world’s largest non-Orthodox kosher agency certifying food products, bakeries, cafes, restaurants and more throughout North America and India. Kosher Michigan prides itself on offering a more business-like and transparent kosher certification process for business owners.